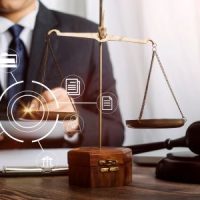 When it comes to probate matters, you need to assert your legal rights in a timely manner. For example, there are certain deadlines to file a creditor claim or an objection to a probate accounting. And when you are involved in active probate litigation, it is important to act promptly if you disagree with the judge’s decision and wish to pursue an appeal. Any delay on your part can forfeit your right to act later.

Appeals Court Rejects Effort to Revive Dispute Over Disputed Will

A recent decision from the Florida Third District Court of Appeals, Anderson v. Estate of Quintero, provides a case in point. This case involved the estate of a man who died in October 2020. The decedent’s daughter subsequently filed a petition to administer his estate, alleging her father died without leaving a will.

The next month, September 2021, the probate court issued a separate order granting the daughter’s petition to find her father’s residence was his legal homestead under Florida law. The step-granddaughter appealed this order. She also asked the probate court to vacate the September order’s finding that the decedent died without a will. In effect, she wanted to challenge the August finding by appealing the September order, which relied on the previous order’s ruling on this issue.

Florida has strict rules for executing a valid will. The will must be signed by you and at least two witnesses. The witnesses do not need to read or know the contents of the will, but they must sign it in the presence of you and one another. Unlike many states, Florida probate courts do not accept oral or handwritten wills that do not conform to the witnessing requirements.

If you are involved in a probate dispute involving an intestate estate and need legal advice or representation from a skilled Pompano Beach no will lawyer, contact the offices of Mark R. Manceri, P.A., today to schedule a consultation.