When Is An Asset Actually Transferred Into A Trust? And Why Does It Matter? 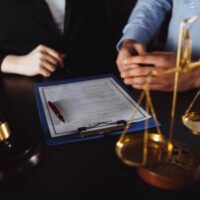 When a person transfers an asset to a revocable living trust, it is no longer considered a probate asset. In other words, when the person dies, the asset previously placed in the trust does not pass under the terms of the person’s will. It is a non-probate asset.

There are of course cases where a person may elect to transfer a probate asset into a trust under their will. Indeed, people who use trusts as a mechanism to avoid probate will often have what is known as a “pour over” will, which directs any probate assets to be transferred to an existing trust upon death.

When an asset is transferred into a trust–i.e., before or after the settlor’s death–can have a significant impact on any subsequent litigation. There may even be confusion over whether a particular asset was already considered trust property before death. Resolving such disputes depends on the specific language used in the trust documents.

Take this recent case, Zagel v. Hastings Cutoff Group, Ltd. This case is actually from Illinois but it involves the interpretation of a Florida trust governed by Florida law. The settlor was a former Illinois attorney and judge who later retired to Florida with his spouse. The couple also had a number of children, two of whom are the principal parties to this dispute.

In 1991, the settlor created a revocable living trust, which was amended at twice before his death in 2017. The settlor’s daughter then took over as trustee. She then took legal action against one of her brothers, who managed an asset that she claimed was partially owned by the trust.

The asset in question was an Illinois company called Hastings. The son created Hastings to manage an apartment building in Chicago. At the time of Hastings’ incorporation in 2003, the son owned 50 percent of the business, and his parents each owned 25 percent shares.

The crux of the daughter’s complaint was that her father’s 25 percent share was an asset of his trust. She asked an Illinois court to order her brother to open the books of Hastings and provide an accounting of the business to the trust. She also alleged various breaches of fiduciary duty on the part of her brother.

But the Illinois courts held the daughter lacked standing as trustee to make such demands. As an Illinois appellate court explained, the father did not transfer his interest in Hastings to his trust. Rather, his will directed his probate estate to transfer the 25 percent interest in Hastings to the trustee after his death, which would then be used to fund a new sub-trust. As such, the trust lacked any standing to assert any claims arising from the settlor’s ownership of Hastings.

If you are involved in potentially complex trust litigation, you need to work with an attorney who understands the law in this area. To schedule a consultation with a qualified Pompano Beach breach of fiduciary duties lawyer, contact attorney Mark R. Manceri today.