When Is A Florida Power Of Attorney Invalid? 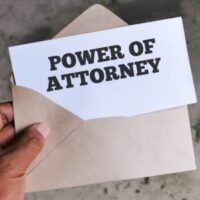 A power of attorney must also follow certain requirements during the execution process. Similar to a will, the power of attorney must be signed by the principal and at least two witnesses. Unlike a will, however, the law also requires a Notary Public to acknowledge the validity of the principal’s signature. (Many people do have their wills notarized, although it is not technically required.) A power of attorney created outside of Florida will be considered valid in Florida provided it was properly executed under the other state’s laws.

Finally, a power of attorney may be invalid if it names someone who cannot legally serve as the agent. Here, Florida law is actually quite broad. Any legally competent adult–i.e., a person over the age of 18–can be named as an agent. Financial institutions that meet certain legal requirements can also be named as agents.

Speak with a Florida Estate and Probate Litigation Lawyer Today

Disagreements over the scope and validity of an agent’s actions can often lead to litigation. If you are involved in such a matter and need legal advice from a qualified Pompano Beach power of attorney disputes lawyer, contact the offices of Mark R. Manceri, P.A., today to schedule a consultation.