What are an Agent’s Duties under a Florida Power of Attorney? 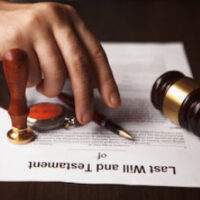 A power of attorney is an extremely powerful document and is commonly included as part of a Florida estate plan. With great power also comes risk. Some people abuse their power and cause harm to the very person they are supposed to be protecting. Abuse of power can take many forms and encompass a variety of situations. This is one of the reasons it’s so important to choose a trustworthy power of attorney.

Fiduciary Duty of a Power of Attorney

An Agent cannot create a conflict of interest that would impair his or her judgment to act in an impartial manner. They have to keep copies of all financial records, including any disbursements, receipts, and transactions made on the Principal’s behalf. If the agent knows the Principal’s estate plan, he or she must preserve it, which can include protecting the value and nature of the property, minimizing taxes, etc.

What Types of Powers Can Be Delegated Under a Power of Attorney?

What Powers are Not Allowed to be Delegated Under a Power of Attorney?

There are many duties and powers that can be delegated, but there are also some that are prohibited under Florida law. Under a Power of Attorney, an agent cannot:

If you suspect that a family member is being taken advantage of by their Power of Attorney, it’s important to speak with a power of attorney dispute lawyer right away. Contact Mark R. Manceri, P.A. today to schedule an initial consultation. We are board-certified and have years of experience helping Florida clients with Power of Attorney dispute matters.