Understanding Priority When It Comes To Appointing A Florida Personal Representative 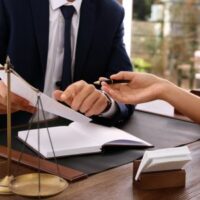 When a person dies and leaves no will, there is often confusion among family members and survivors as to who will be in charge of the probate estate. Under Florida law, a surviving spouse has the highest priority to seek appointment. If there is no spouse, then the person selected by a “majority in interest of the heirs” takes priority. If the heir is a minor, then the “guardian of the property of the ward” may exercise this power.

Appeals Court: Neither Decedent’s Mother Nor Mother of Decedent’s Child Has Priority to Control Estate

A recent decision from the Florida Fourth District Court of Appeal, Estate of Renotre’Yh Alonzae Pounds v. Miller & Jacobs, P.A., illustrates how confusion over who takes priority can lead to litigation.

The decedent in this case was a man with the last name Pounds. He died in a car accident. At the time of his death, Pounds had no spouse but did have a minor child. As Pounds also had no will, the child was his sole legal heir.

Pounds’ mother, who has the same last name, hired a personal injury lawyer to pursue a wrongful death claim against the persons responsible for the car accident. At this point, no probate estate had been opened for the son. Separately, the mother of Pounds’ child–a woman with the last name of Greenland–hired her own attorney to pursue essentially the same wrongful death claim.

Pounds’ attorney ultimately obtained a $145,000 insurance settlement from the negligent parties. Meanwhile, Greenland sought appointment as personal representative. She maintained she had priority as the guardian of the estate’s only heir. The probate court subsequently appointed Greenland as personal representative. She then demanded that Pounds’ lawyers release the settlement funds it obtained to the estate.

The question of who is the rightful personal representative–Pounds or Greenland–remains pending in the probate court. The Fourth District was largely asked to rule on the validity of Pounds contingency fee agreement with the personal injury lawyers she hired to handle the wrongful death claim. But the appellate court did weigh-in on the issue over which woman had legal priority under Florida law to serve as personal representative.

The answer, it turned out, was neither of them. As noted earlier, the heir of an estate has priority to nominate a personal representative. That authority may be exercised by the guardian of the heir’s property if they are a minor. But while Greenland may be the “natural guardian” of the child, that does not make her the guardian of the child’s property. That requires a separate appointment. Absent such an appointment, Greenland has no priority of appointment over Pounds and vice-versa.

Speak with a Florida Estate and Trust Litigation Attorney Today

Probate disputes can escalate quickly, especially when there is no will and different parties believe they should be named as personal representative. If you are involved in such a scenario and need advice or representation from a qualified Pompano Beach no will lawyer, contact the offices of Mark R. Manceri, P.A., today to schedule a consultation.