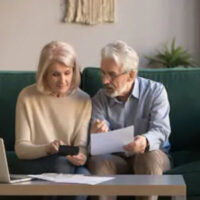 How does any of this work in practice? A recent decision from the Florida Third District Court of Appeal, Matthews v. Navarro, provides a useful example. In this case, siblings argued over whether or not their mother’s Will was procured by undue influence. The trial court found that it was not and admitted to probate. The Third District upheld that decision.

Here is what happened. The decedent in this case was a woman with five children. One of the children, Ms. Hannibal, had received a loan back in 1989 from her mother to finance the purchase of a restaurant in Key West. Ms. Hannibal apparently never paid her mother back and left town after the restaurant closed.

Before the trial Court, both sides conceded the presumption of undue influence applied. The only issue for the trial was thus whether Ms. Navarro could prove she did not procure the Will through undue influence. The trial judge was satisfied with the proof offered by Ms. Navarro. The Third District said it would not reweigh the evidence simply because Ms. Hannibal did not agree with the outcome. Since there was “competent substantial evidence” to support the trial Court’s ruling, its decision admitting the Will to probate was affirmed.

How Do You Prove (or Disprove) Undue Influence?

Cases like this demonstrate that undue influence is more than simply having a Will that someone does not approve of. The mere fact you choose to leave a greater share of your Estate to one child, as opposed to making an equal distribution, does not equate to undue influence. Nor is the mere fact that one child may take a special interest in helping a parent with their estate planning.

Undue influence is really about a beneficiary using coercion or force to overcome the testator’s will. In other words, if a child pressures a parent into making or changing their will, that could be seen as undue influence. Similarly, if a beneficiary takes steps to control the estate planning process–such as hiring and instructing a lawyer “on behalf of” the testator–that too may provide evidence of undue influence.

If you have additional questions about this subject and would like advice from an experienced Pompano Beach undue influence lawyer, contact Mark R. Manceri, P.A., Attorney at Law, today to schedule a consultation.