The Legal Effects Of Making A New Will Vs. Making A Codicil 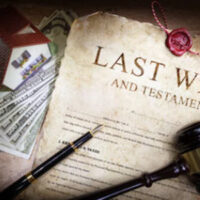 It is not uncommon for people to change their Wills several times during their lifetimes. The common practice is to simply make a new will each time. But some people choose to amend an existing will instead. This is done by signing a separate legal document known as a Codicil.

From a legal standpoint, a codicil is actually a statement that the testator–the person who made the original Will–intends to “republish” their existing Will, subject to any changes or new provisions contained in the codicil itself. Ideally, the codicil only makes minor changes to the terms of the original Will. Anything more complex should really be done through the execution of an entirely new Will.

Types of Changes Made by Codicil

So what are the “minor changes” you might find in a Codicil? Here are some common examples:

A Codicil may also be technically used to revoke the original Will. The testator can revoke a Will at any time simply by physically destroying the signed original. Similarly, the testator can simply make a new Will that revokes the prior document.

The Rules for Making a Codicil

While you might think it is easier to make a Codicil than a new will, in reality the legal formalities required are exactly the same. Under Florida law, a Will or Codicil must be in writing and signed by the testator in the presence of at least two witnesses. Florida does not recognize oral or non-witnessed Wills or Codicils. And as noted above, a Codicil can be revoked by destroying the document or executing a new Will.

As with a Will, an interested person can legally contest the validity of a Codicil. The challenger has the legal burden of proof in such cases. Common grounds for contesting a Codicil include the testator lacked testamentary capacity or acted under undue influence at the time they executed the document.

Note that if a Codicil is declared invalid, that does not necessarily invalidate the original Will. If there is no evidence that the will itself was not the product of undue influence or lack of incapacity, a probate court can admit that document, ignoring any changes made by the invalid Codicil.

Codicils often raise suspicion, especially when changes are made to the distribution of an estate’s property. If you are involved in any sort of legal dispute involving a will or codicil and need representation from a qualified Pompano Beach estate & trust litigation attorney, contact the offices of Mark R. Manceri, P.A., today to schedule a consultation.

If you are involved in a situation where there has been a potential breach of fiduciary duty and you need to consult with a qualified Pompano Beach estate & trust litigation attorney, contact Mark R. Manceri, P.A., Attorney at Law, today to schedule a consultation.