The Law Governing Removal Of Trustees In Florida 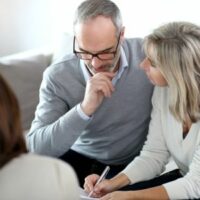 When setting up a living trust, the settlor usually retains the right to appoint or remove the trustee during their lifetime. After the settlor’s death, a Florida judge can also remove a trustee for a number of reasons, including “unfitness” to serve. The judge may also consider the wishes of the trust’s beneficiaries in deciding who should take over as trustee.

A recent Florida trust case, Boyles v. Jiminez, offers a fairly complex illustration of how these rules work in practice. This case involved a woman named Trevarthen. In October 2015, Trevarthen executed a living trust and a last will and testament. Trevarthen designated her estate planning attorney, a man named Broyles, to serve as trustee and personal representative, respectively. Broyles’ wife, who has the name Cooney, was designated as the alternates for reach role. Under the terms of the trust, Trevarthen retained the right to revoke the trust by delivering a written notice to the trustee. The trust further provided that after Trevarthen’s death, a majority of the beneficiaries could remove the trustee.

Just two days after creating the trust, Trevarthen decided to revoke it. She signed a document to that effect and delivered it to Broyles, who acknowledged its receipt. Unbeknownst to Trevarthen, Broyles was in the process of being disbarred, a fact he never disclosed to her.

In 2017, Trevarthen executed a new will and trust. This time she named another man, named Jiminez, as personal representative and trustee. The substantive terms of these documents were largely the same as the ones signed in 2015. The primary beneficiaries of the trust and estate were Trevarthen’s niece and nephew.

Trevarthen died sometime later in 2017. At that point, Boyles reappeared and submitted the 2015 will for probate in Palm Beach County. The court appointed him as personal representative. He also asserted that he remained trustee under the terms of the 2015 trust. Jiminez and Trevarthen’s niece then asked the court to remove Boyles, citing the revocation of the 2015 trust. Boyles responded by claiming the 2017 will and 2017 trust were both the products of Jiminez’s “undue influence” over Trevarthen.

The probate court ended up removing Boyles as trustee and personal representative and appointing Jiminez in his place. The Florida Fourth District Court of Appeal upheld that decision. The appellate court noted the probate judge was perfectly entitled to remove Boyles as personal representative due to his “lack of moral character,” i.e., his disbarment. And the available evidence clearly demonstrated that Trevarthen revoked the 2015 trust authorizing Boyles’ appointment as trustee. And even if the revocation of the trust was due to “undue influence”–as Boyles alleged–that was irrelevant, as “undue influence has no application to a revocable trust.”

Ideally, a trust helps keep your family out of court after you die. But sometimes things do not go according to plan. This is where an experienced Pompano Beach trustee dispute lawyer can help. Contact attorney Mark R. Manceri today if you need advice regarding any estate or trust litigation matter.