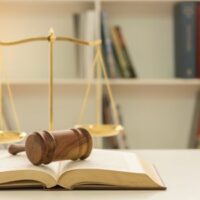 Prince Rogers Nelson, the musician best known just by his first name “Prince,” died nearly six years ago, in April 2016. Yet only now, in early 2022, is his probate estate close to winding down. So why has the process taken so long and what lessons can we take away from this estate?

This provides the first reason for the lengthy nature of this probate. Prince’s closest living heirs under Minnesota law were his siblings. Specifically, Prince had a sister and five half-siblings. Each was entitled to a share of his estate. However, several dozen people came forward after Prince’s death and claimed they were also half-siblings or other relatives with inheritance rights. Ultimately, the probate court ruled that only Prince’s full sister and the five half-siblings were lawful heirs.

Because of the size and complexity of the estate, the Minnesota probate court appointed an outside company, Comerica Bank & Trust, to act as administrator, which fulfills the same role as a personal representative or executor. This led to a second major issue, which was actually valuing Prince’s estate, which included a significant amount of intellectual property, such as the singer’s extensive songwriting catalog.

Valuation is crucial in an estate of this size because of federal estate tax liability. Comerica, acting in its role as administrator, initially valued the estate at around $82.3 million. The Internal Revenue Service disagreed. It assessed the estate’s fair market value at $163.2 million–nearly double the administrator’s appraisal. Obviously, that is quite a difference. Indeed, the IRS initially assessed a $6.4 million penalty against the estate for what the agency deemed an unreasonably low valuation, according to the Minneapolis Star-Tribune.

The tax dispute led to separate litigation in federal court. That litigation was recently resolved, the Star-Tribune reported, with all sides agreeing on a valuation. The exact value has not been disclosed but was reportedly in excess of $100 million.

With the tax dispute resolved, the probate court can now move towards a final distribution of the estate. The Star-Tribune noted that three of the siblings have already sold their respective shares of Prince’s estate to a New York-based music publisher, Primary Wave. This means that Primary Wave and the three remaining siblings will split the estate between them.

We do not know why Prince never left a will or chose to make any alternative estate planning arrangements. But this situation does illustrate how failing to plan ahead can leave your family and other beneficiaries a potentially lengthy and complex legal mess to sort out. If you are involved in a situation like this and need legal advice from a qualified Pompano Beach estate and trust litigation attorney, contact Mark R. Manceri, P.A., today to schedule a consultation.