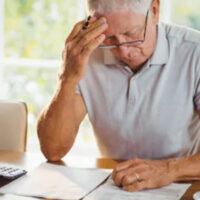 It is not uncommon for family members to be shocked upon learning a loved one has left a significant part of their Estate to a non-family member. Such situations often give rise to complaints of “undue influence.” But suspecting undue influence is not the same thing as proving it. And even if the suspicions seem reasonable enough under the circumstances, a judge will not invalidate the clearly expressed wishes of a deceased person without a solid evidentiary foundation.

After the decedent passed away in 2018, both the friend and the Personal Representative of the decedent’s Estate claimed the life insurance benefits. The Estate argued that the friend’s designation as beneficiary was “procured through undue influence” and therefore void. As is common practice in such disputes, the insurance company asked a federal judge to resolve the matter.

The crux of the Estate’s case in Court was that the decedent had suffered a traumatic brain injury in a 2003 skydiving accident. This led the decedent to engage in “impulsive behavior” up and until his death in 2018. Such behavior included the unexplained decision to name a non-family member as the beneficiary of his life insurance policy.

But as the judge explained, impulsive behavior is not proof of undue influence. While the decedent’s actions “suspicious and does not necessarily make sense,” that does demonstrate any wrongdoing on the friend’s part. Indeed, there was no evidence that she “did anything to force or coerce” the decedent into changing his beneficiary designation.

The judge said he sympathized with the Estate’s position. He noted it was certainly “possible” that the friend took advantage of the decedent, who was in his 90s. At the same time, the judge said it was equally possible that given the defendant’s “various eccentricities,” he simply made an impulsive decision to change his beneficiary and that he never told his grandson “for fear of hurt feelings.” Neither possibility justified, in the judge’s mind, voiding the beneficiary designation.

Anyone can allege “undue influence” should void an estate planning document. But proving undue influence is much harder than you think. You need to show the beneficiary had both a “confidential relationship” with the deceased and that the same beneficiary played an “active role” in procuring the document through force, fraud, or duress. The mere fact that you disagree with the deceased person’s decision is not sufficient grounds.

If you are involved in an undue influence dispute and need legal representation from a qualified Pompano Beach undue influence attorney, contact Mark R. Manerci, P.A., today to schedule a consultation.