Is Challenging A Provision In A Will The Same Thing As “Contesting” The Will? 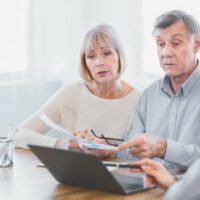 If a person wishes to contest the validity of a will, they must act promptly. Under Florida law, an interested person normally has just three months to file an objection, starting from when they are actually served with a notice of administration with respect to the probate proceeding. Any challenge filed after the expiration of the three-month period is barred, much like a statute of limitations.

But is a challenge to the enforcement to a specific provision in a will the same thing as a contest? The Florida Fourth District Court of Appeals recently addressed this question in a case, Tendler v. Johnson, involving a power of appointment. A power of appointment is where the beneficiary of an estate or trust is permitted to direct where that interest may go after they die.

In this case, a man named Rison created a trust in 1992 that named one of his grandsons, a man named Richard, as the primary beneficiary. Richard’s mother was named the trust’s secondary beneficiary. The trust instrument further provided that when Richard died, the trustee would continue to hold any remaining trust assets for the benefit of Richard’s brother, Alfredo, unless Richard exercised a power of appointment over the trust assets.

Shortly before Richard died in December 2018, he executed a will purporting to exercise his power of appointment over his grandfather’s trust. The appointment directed the trustees to distribute the remaining trust assets to 18 individuals and 3 charitable organizations.

In January 2019, Richard’s will was filed for probate in Florida. Alfredo received notice as an interested person. Nine months later, the personal representatives of Richard’s estate filed a petition for instruction. Basically, the trustees of the grandfather’s trust refused to transfer its assets pursuant to Richard’s exercise of his power of appointment. The trust “quested the validity” of the directions contained in Richard’s will. In response to this petition, Alfredo filed his own challenge, arguing his brother’s power of appointment violated the terms of the trust.

The trial court dismissed Alfredo’s challenge on the grounds he waited until after the three-month period expired for contesting the will. But the Fourth District reversed. It noted that Alfredo admitted the will was valid. The issue here was whether the exercise of the power of appointment was valid. In other words, Alfredo was asking the court to construe the will and the grandfather’s trust. That was not a contest. As such, the three-month limitations period did not apply.

The interaction of wills and trusts can often lead to complications. And sometimes those complications lead to litigation. If you are involved in such a dispute and need legal advice and representation from a qualified Pompano Beach estate and trust litigation attorney, contact the offices of Mark R. Manceri, P.A., today to schedule a consultation with a member of our team.