Is An Estate Bound By A Prenuptial Agreement? 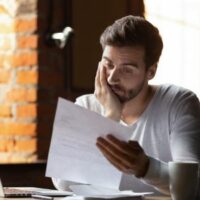 Engaged couples often sign prenuptial (or antenuptial) agreements in contemplation of marriage. Although most people associate such agreements with divorce, they can also make provisions for what happens in the event either spouse dies while the parties are still married. For example, a prenup might provide each spouse waives certain rights they might have under state law in the other spouse’s estate.

A recent decision from the Florida Fourth District Court of Appeal, Sirgutz v. Sirgutz, offered a more complex scenario involving a prenup. This case involves a husband and wife who married in New York. They signed a prenuptial agreement. As relevant to the litigation, the prenup provided that in the event of a divorce, the wife would receive $150,000 in alimony over a period of 2 years. If the parties were still married when the husband died, however, the husband would place $200,000 in trust for his wife as part of his estate plan.

Sometime later, the husband filed for divorce in Florida. As the wife was not a Florida resident, the court could only grant an order dissolving the marriage. The Florida court otherwise lacked jurisdiction to decide other issues such as alimony or the division of marital assets.

The husband died a week after the Florida court issued its divorce order. The wife then sued the husband’s estate, arguing that under the prenup she was entitled to the $150,000 in lump sum alimony specified in the agreement. The estate argued that provision did not survive the husband’s death.

The trial court sided with the estate. On appeal, the Fourth District agreed. The appellate court noted this case was governed by New York law, as provided by the prenuptial agreement itself. And in New York, a spouse’s obligation to pay alimony usually ends at their death. An agreement between the spouses may, however, “specifically provide for the continuation of payments or evince, from the terms of the agreement read as a whole, a clear intention that support payments continue” after death.

Here, the wife agreed there was no express provision to continue the $150,000 alimony payments past the husband’s death. She nevertheless maintained that “read as a whole,” that was the husband’s intentions. Again, the Fourth District disagreed. The Court specifically pointed to the separate language providing for money in trust for the wife if the parties were still married and living together when the husband died. Conversely, the agreement made no such provision for continuing alimony after his death.

One judge in the Fourth District disagreed and filed a dissenting opinion. The dissent said there was relevant New York case law that supported the wife’s contention that the $150,000 alimony provision was enforceable after the husband’s death, as the agreement itself only specified payments would terminate if the wife died or remarried.

Divorce is often overlooked as a potential source of estate litigation. But there are many scenarios where an individual may have a potential legal claim against their ex-spouse’s estate. If you find yourself involved in such a situation and need legal advice from a qualified Pompano Beach estate and trust litigation attorney, contact Mark R. Manceri, P.A., Attorney at Law today.