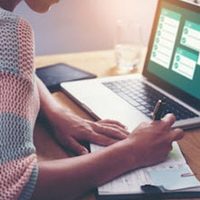 The personal representative of a Florida probate estate has a legal duty to pay any personal debts owed by the decedent at the time of their death. But there is an important caveat: The creditor holding that debt must file a claim against the estate within a certain time period. Normally, such claims need to be filed within 30 days of the creditor receiving a notice of probate or within three months after the publication of said notice in the newspaper. But in any event, no creditor claim is valid if it is made more than two years after the decedent’s death.

Indeed, the personal representative of the estate may be held liable if they pay a creditor claim that was not timely filed. The Florida Third District Court of Appeals recently addressed such a scenario. In Rich v. Narog, a son was held personally liable for paying long-expired creditor claims against his father’s estate–and for improperly co-mingling estate assets with his late father’s business assets.

Here is what happened. The father died in December 2011. In February 2012, the son filed a formal petition to open a Florida probate estate. Under Florida law, any creditor claim had to be filed no later than December 2013, i.e., two years after the father’s death. To that end, the son informed the probate court in March 2014 that no creditors had appeared or filed any claims against the estate.

Notwithstanding this assertion, more than six years later–in November 2020–the son filed a petition to close the estate. At that time he presented an accounting of the probate estate that listed 13 separate payments for purported “debts of the decedent,” which amounted to around $715,000. The son also reported a $329,000 payment to a creditor as an “accounts receivable payoff” and repayment of a nearly $1.4 million loan to the son himself.

The beneficiaries of the estate objected to the son’s accounting, arguing that all of these purported creditor claims were barred by the two-year rule. The probate court agreed and granted partial, final summary judgment to the beneficiaries and ordered the son to repay the estate more than $2.5 million.

The Third District subsequently affirmed the grant of summary judgment. The appeals court said that beyond the son’s mere assertion that the challenged payments were legal, he presented no credible evidence to support his position. (Florida recently adopted stricter standards for summary judgment, which places a higher burden on personal representatives in this sort of dispute). Indeed, the son admitted that he had improperly “co-mingled” his father’s business debts with the probate estate. For instance, the $1.4 million loan was made by the son to the father’s business for the purposes of purchasing a boat.

Personal representatives need to strictly follow Florida law when it comes to administering the assets of an estate. As the case above illustrates, a personal representative who fails to fulfill that obligation can find themselves in serious legal trouble. If you are involved in this type of dispute and need representation from a qualified Pompano Beach estate and trust litigation lawyer, contact attorney Mark R. Manceri today to schedule a consultation.