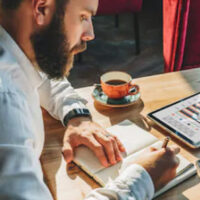 Consider this recent case from the Florida First District Court of Appeal, Estate of McKenzie v. Hi Rise Crane, Inc. This case involves the estate of a man named McKenzie, who died in August 2018. Prior to his death, McKenzie filed a claim for Florida workers’ compensation benefits against his employer with the Judge of Compensation Claims. Under Florida law, such a petition for benefits (PFB) must be filed within two years of the date of the relevant accident. Here, that was not an issue at first, as McKenzie’s accident occurred just seven months earlier in January 2018.

On appeal, the First District reversed. The appellate court explained that under Florida law, a personal representative’s powers “relate back in time to give acts by the person appointed, occurring before appointment and beneficial to the estate, the same effect as those occurring after appointment.” In other words, even though the sister “prematurely identified” herself as the personal representative of her brother’s estate in the January 2020 petition, by law once she was appointed personal representative in July she retroactively obtained the authority to file said petition. The estate could therefore proceed with its workers’ compensation claims.

The longer it takes to appoint a personal representative, the more time that may be lost to assert certain legal rights on behalf of the estate. That is why if you are involved in a dispute over the qualification or appointment of a personal representative, it is crucial to work with an experienced Pompano Beach estate and trust litigation lawyer who can guide you through the process. Contact attorney Mark R. Manceri today to schedule a consultation.