How Broad Is A Trustee’s Discretion In Refusing To Make A Distribution? 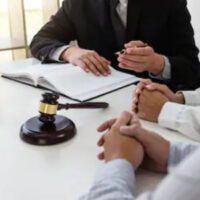 In establishing a trust, the grantor has the right to afford as much (or as little) discretionary authority to the trustee as they wish. To the extent the trust gives the trustee discretionary power, however, they must exercise it in “good faith” and “in accordance with the terms and purposes of the trust and the interests of the beneficiaries,” according to Florida law. This means that while a court cannot merely second-guess a trustee’s routine exercise of discretion, a judge may find there are circumstances where a trustee has not acted in good faith.

A recent court case, In re Trust of Sol E. Harrison, provides a helpful illustration of what we are talking about. This case was actually decided by a Pennsylvania appellate court applying Florida law. The reason for this is that the trust itself was executed under Florida law.

The grantors in this case created an irrevocable trust in 1995. They named their son as trustee and their grandson as sole beneficiary. Essentially, the father was directed to use the trust’s funds to help pay for the grandson’s education and other expenses. Upon turning 30, the grandson was entitled to withdraw up to one-third of the remaining trust principal. He could then withdraw the entire balance when he turned 35.

When the grandson turned 30, however, his father refused a request for the one-third distribution. The father claimed he had the discretion to do so based on language in the trust that said the trustee could refuse a distribution if at “any time when such beneficiary shall in the opinion of our Trustee be unable by reason of illness or other condition to properly manage his or her affairs.”

The father alleged his son was disabled due to a childhood diagnosis of attention deficit hyperactivity disorder (ADHD) and his adult marijuana use. The father further believed the son was selling marijuana.

But the Superior Court agreed with the trial judge. The Court noted the trust did not grant the father unrestricted authority to withhold distribution. Rather, that authority was limited to cases where the beneficiary–his son–suffered a “disability rendering him incapable of managing his own affairs.” A childhood ADHD diagnosis and occasional marijuana use did qualify as a “disability,” the trial court found. To the contrary, the judge determined the son was more than “able to function as a young adult.” He had graduated from college and was now living with his girlfriend. And while the son was apparently “estranged” from his father, that did not support the father’s bad faith acts in his role as trustee.

If you are involved in a potential dispute involving a loved one’s trust or estate, it is important to seek out practical legal advice before taking any action. Contact the Pompano Beach estate and trust litigation attorneys at Mark R. Manceri, P.A., today to schedule a consultation.