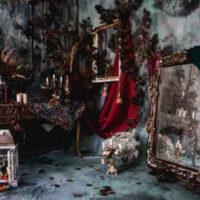 It is not unheard of for a family member to take a deceased loved one’s possessions without going through the proper probate process. Consider the hypothetical example of the person who takes a painting “because the deceased would have wanted me to have it.” Such minor disputes do not necessarily lead to litigation.

Of course, if we are talking about millions of dollars worth of valuable art, that is a different story altogether. There are often stories of litigation designed to recover missing or potentially stolen artworks. Such cases can get quite complicated, especially if multiple states or countries are involved in the legal process.

Take this recent decision from the Florida Third District Court of Appeal, Apollo Trust v. BNP Paribas Jersey Trust Corporation Limited. As the appellate court itself quipped in its opinion, “Ocean’s Eleven has nothing on the facts of this case.”

The basic story went something like this: A Monaco woman named Crociani established a trust, called the “Grand Trust,” in 1987 for the benefit of her two daughters. The trust’s assets included a company whose assets included a valuable art collection. Many years later, in 2010, Crociani transferred the company from the Grand Trust to a second trust, called the “Fortunate Trust.” Later, Crociani revoked the Fortunate Trust, meaning title to its assets reverted to her individually. The artwork was eventually transferred to various other entities controlled by Crociani.

One of Crociani’s daughters, who was basically disinherited when the mother transferred her assets out of the original Grand Trust, sued her mother and BNP, a company that served as co-trustee of the Grant Trust, for breach of trust. This litigation took place in Jersey, an island in the English channel that is a self-governing dependency of the United Kingdom.

The Jersey courts ultimately ruled in favor of the daughter and ordered Crociani and BNP to pay in excess of $100 million to a new trustee appointed to oversee the Grand Trust. To date, Crociani has not satisfied any portion of her part of this judgment and apparently violated a prior order from the Jersey courts freezing her assets.

What does any of this have to do with Florida? BNP learned that Crociani transferred the art collection that originally belonged to the Grand Trust to various parts of the world. Seven of the collection’s paintings were found in an art storage facility in Miami-Dade County. BNP therefore asked a Florida judge to recognize the Jersey court’s orders so that it could effectively reclaim the paintings to satisfy the daughter’s judgment.

After a Florida court granted BNP a temporary injunction another entity called the Apollo Trust appeared on the scene. Apollo claimed it was the rightful owner of the paintings in question and asked the judge to dissolve the injunction. The judge refused. Apollo then joined the litigation and moved to dismiss the case for lack of jurisdiction, which the judge denied.

On appeal, the Third District held that an evidentiary hearing was necessary to determine what interest, if any, Crociani retained in the seven Miami paintings. There remained a viable factual dispute between BNP and Apollo as to whether the paintings could actually be traced back to Crociani.

Simple disputes over ownership can quickly escalate into complex legal questions, especially when multiple trusts are involved. That is why it is important to work with an experienced Pompano Beach estate and trust litigation attorney if you are involved in such matters. Contact the offices of Mark R. Manceri, P.A., today if you need to speak with a lawyer right away.