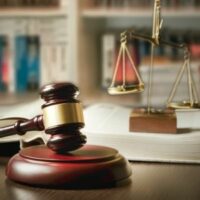 When interpreting a trust, a Florida court’s goal is to understand and apply the intent of the settlor–the person who made the trust in the first place. A judge will typically not look outside of the plain language of the trust instrument unless there is some ambiguity that requires consideration of extrinsic (outside) evidence. And the court will certainly not rewrite the terms of a trust simply because a beneficiary claims an ambiguity exists.

Take this recent decision from the Florida Third District Court of Appeal, Giller v. Grossman. This case involves a long-running dispute among a group of siblings arising from their late father’s estate and trusts. During his lifetime, the father created seven separate trusts that held various real estate and other assets.

The father had three adult children. The trusts were initially structured to allocate one-third of the assets and income to each child. Two of the siblings received this distribution outright. The third sibling–the plaintiff in this case–asked his father to restructure his share so that they were placed in separate subtrusts to protect it from his creditors. (This is commonly known as a spendthrift trust.)

When the trustee refused a second, similar request later in 2009, the plaintiff sued. He sought removal of his sister as trustee, as well as a judicial declaration that the substrusts were “intended to benefit him solely, not his children.” Essentially, the plaintiff maintained the language used in the subtrusts was “ambiguous” and the court should therefore consider extrinsic evidence regarding his father’s actual intentions.

The courts declined to do so. The Third District, upholding the trial court’s ultimate ruling, said there was nothing ambiguous about the trust language. The father clearly intended to include his grandchildren–the plaintiff’s children–as beneficiaries. Since the language was clear, the trial court had no basis to reform–rewrite–the subtrusts in the manner proposed by the plaintiff.

Trustees need to take any claim of breach of fiduciary duty seriously. Even if a beneficiary presents arguments that clearly appear to contradict the language of the trust, it is still important for the trustee to seek the advice of experienced legal counsel before making any decisions. If you need to consult with an experienced Pompano Beach breach of fiduciary duties lawyer, contact the offices of Mark R. Manceri, P.A., today to schedule a consultation.