Fight Over Divorce Settlement Continues After Both Parties Died 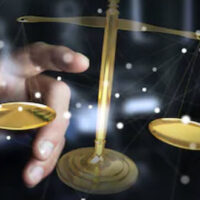 A divorce is meant to be a final resolution of any outstanding financial issues between the former spouses. Of course, that is not always the reality. Many ex-couples spend years continuing to litigate against one another–and in some cases, even their estates may continue the fight long after they are gone.

Consider this recent decision from the Florida Fourth District Court of Appeal, Schneiderman v. Baer. This case involves a now-deceased couple, Irvin Tepper and Lenore Tepper, who divorced in 2009. At the time, the Teppers filed a Marital Settlement Agreement (MSA) that was incorporated into the final judgment dissolving their marriage.

Irvin Tepper died the following year, in 2010. Tepper’s daughter and granddaughter subsequently contested his will in Florida probate court. This challenge was prompted by Lenore Tepper’s belief that her ex-husband had hidden approximately $2 million in assets from her during the divorce case. Lenore Tepper testified in a deposition that if the will contest was not resolved “the way I think it should be settled,” she would attempt to reopen the divorce litigation.

The daughter and granddaughter ended up settling the will contest. All three women then brought a separate legal proceeding against a brokerage company where Irvin Tepper allegedly had been hiding money. Those claims were submitted to arbitration.

Lenore Tepper died in 2014. Another one of Tepper’s daughters and her family then sued Lenore Tepper’s estate accusing her of violating the MSA from the 2009 divorce by placing several million in assets in “payable on death” accounts, contrary to her obligations under the settlement. Lenore’s estate responded by filing a petition asking a judge to set aside the divorce judgment and rescind the MSA based on Irvin Tepper’s alleged fraud.

Lenore’s descendants moved to dismiss the petition. The judge granted dismissal after taking into account other documents filed in the other lawsuits described above. On appeal, the Fourth District said that was inappropriate. In ruling on a motion to dismiss, a trial court is only permitted to stay within “the four corners” of the petition or complaint and “may not consider information outside” those four corners.

That said, the Fourth District held that only Lenore Tapper’s estate had legal standing to seek to undo the MSA and divorce judgment. Other family members, notably the Teppers’ granddaughter, who was also a petitioner in this case, did not have standing.

Estate litigation is often highly contentious, particularly when multiple family members are involved in the underlying dispute. If you find yourself dealing with this type of situation and require legal advice from a qualified Pompano Beach estate and trust litigation attorney, contact the offices of Mark R. Manceri, P.A., to schedule a consultation. We can review your case and advise you on the best course of action moving forward.