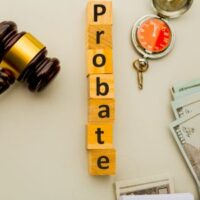 There has been a lot of buzz in the press recently about non-fungible tokens (NFTs), a method of recording title to an object using blockchain technology. Many people believe that NFTs are the future of digital art collecting. But for now, traditional art collecting of physical paintings remains a big business–as do legal disputes among a deceased owner’s beneficiaries over who really owns that valuable piece of art.

An ongoing lawsuit from right here in Florida provides a case in point. The subject of this lawsuit, Namon v. Elder, is a painting called “The Portrait of Lucy Valentine.” The painting was made by Winslow Homer, one of the most important American artists of the 19th century.

The decedent in this case, a Coral Gables resident named Richard Namon, owned the painting and for the past several decades had loaned it to a museum in Portland, Maine, for display. (Homer lived in Maine.) After Namon died in 2012, his widow and adult children each claimed ownership of the painting.

The widow filed Namon’s last-known will for probate, which left the entire estate to her. The children contested the will, alleging it was the product of undue influence. The probate court eventually resolved that dispute in favor of admitting the will.

That did not, however, resolve ownership of the Homer painting. The museum, with the children’s approval, decided to move the painting to Sotheby’s for evaluation and then to a secure warehouse facility for storage. When the widow learned about these moves, she claimed the painting was part of her husband’s probate estate, and thus lawfully her property. The children maintained their father had gifted them the painting during his lifetime.

While the painting itself remains in New York–it had been listed by Sotheby’s for auction at one point but was later withdrawn–the widow asked a Florida court for an injunction permitting her to move the painting to Florida. The court declined to issue the injunction, meaning it remained with Sotheby’s for now. The Third District subsequently rejected the widow’s appeal.

The widow’s legal arguments largely relied on Florida’s time limits for filing claims against a probate estate. Normally, a creditor’s claim or demand against an estate must be filed within 3 months of the estate’s publication of a notice to creditors, subject to certain court-ordered extensions. A related law bars any claim against an estate more than two years after the decedent’s death. The widow argued that since the children never filed a formal claim against their father’s estate within the two-year period, they could not now litigate the ownership of the painting.

The Third District Court of Appeal explained why this argument was incorrect. The two-year limit only applies to “claims or demands against an estate.” But if the children are right that their father gave them the painting while he was still alive–a disputed issue that requires further litigation–then the two-year limit does not apply, as the painting was never an estate asset in the first place.

Even when valuable paintings are not involved, family disputes over a loved one’s property can often lead to conflict followed by litigation. If you need advice or representation in a beneficiary dispute from a qualified Pompano Beach trust and estate litigation attorney, contact the offices of Mark R. Manceri, P.A., today to schedule a consultation.