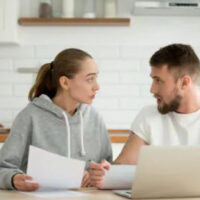 Of course, that does not mean that there still cannot be legal disputes over a life insurance policy after someone’s death. There may be disputes among potential beneficiaries as to who is lawfully entitled to the insurance money. The insurance company itself may file what is known as an “interpleader action,” basically asking a judge to decide who should get the money.

Such litigation can get quite complicated. Take this recently published decision from the U.S. 11th Circuit Court of Appeals, The Independent Order of Foresters v. Gold-Fogel. This case involves an interpleader action arising from the death of a Florida man. The underlying dispute is between the decedent’s ex-wife and his son over the life insurance proceeds.

The events leading up to this litigation began in 2010, when the deceased and his ex-wife divorced. The parties signed a Marital Settlement Agreement, which was approved by a Florida court. The agreement required the decedent to pay $75,000 per year to the ex-wife in child support for the rest of the children’s lives. (The children have cerebral palsy and thus require support even after reaching adulthood.)

To secure both his child support and alimony obligations, the Settlement Agreement also required the decedent to take out pay the premiums for several life insurance policies. The Agreement said the ex-wife (or the children’s guardian, if the ex-wife should die before the decedent) was the beneficiary of the policies.

At the time of the decedent’s death, the life insurance policies were worth $3 million. The insurance company paid $1 million directly to the ex-wife. It then deposited the remaining $2 million with a federal district court and initiated an interpleader action to decide who was entitled to the rest of the money.

Meanwhile, the decedent’s son sued the ex-wife in Florida state court, alleging breach of fiduciary duty and unjust enrichment. Essentially, the son wanted the state court to impose a “constructive trust” on the remaining life insurance proceeds and pay the money over to him. The ex-wife motion to dismiss that case remains pending.

Back in federal court, the ex-wife filed a counterclaim against the son and the insurance company, basically asking for a declaration that she was the rightful beneficiary of the remaining $2 million. The federal court dismissed the counterclaim, however, and stayed further proceedings, in effect deferring to the state court to resolve the son’s lawsuit first. On appeal, the 11th Circuit affirmed the trial court’s decision.

Dueling lawsuits often arise in probate and related disputes. This can add to the complexity of resolving a disagreement among family members and other beneficiaries. If you are involved in such litigation and need representation from a qualified Pompano Beach beneficiary disputes lawyer, contact the offices of Mark R. Manceri, P.A., today to schedule a consultation.