Do Illegitimate And Adopted Children Have Inheritance Rights In Florida? 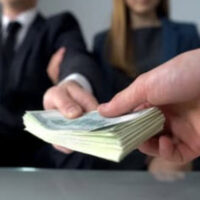 While there was a time when children born outside of marriage did not enjoy the same inheritance rights as those born to a married couple, the law no longer works that way. In Florida, a child who is born “out of wedlock,” or even one who is legally adopted by the parent, enjoys the same inheritance rights as any other child. That said, when there is a dispute as to a potential heir’s paternity, it may be necessary to provide certain written documentation to a judge.

Take this recent probate dispute from the Florida Fifth District Court of Appeal, White v. Marks. This case involved the probate estate of a deceased man named Donald Marks, who died in 2018. Donald Marks left a will that divided his estate among two people. The will also mentioned an “adopted daughter” named Nicole Marks, but made no provision from her.

Nicole Marks contested the will, alleging it was the product of undue influence. The estate challenged Nicole’s standing to bring a contest. Despite the reference to her as an “adopted daughter,” Nicole Marks was neither the biological nor the legally adopted daughter of Donald Marks.

Apparently, Nicole Marks’ mother had been dating Donald Marks at the time of her birth. The mother decided to name Donald Marks as the father on Nicole’s birth certificate to “avoid the social stigma attached to out-of-wedlock births.” But there was never any legal proceeding brought to establish Donald Marks’ paternity of Nicole Marks. And the two only met each other on two occasions after she reached adulthood.

Nevertheless, Nicole Marks insisted that Donald Marks had “acknowledged” his paternity in written documents, including the reference in the will and a “pocket planner” where he again described her as his “adopted daughter.”

Although the probate court found this evidence sufficient to establish paternity, the Fifth District did not. The main problem here was that under Florida law, a legal action to establish paternity must be brought within four years of the child reaching adulthood. Nicole Marks was born in 1970, so the deadline for her to prove Donald Marks was her father expired sometime in 1992.

And even if her claim was timely, the Fifth District said it still lacked merit. While Florida law does allow a child to establish inheritance rights if the “paternity of the father is acknowledged in writing by the father,” the written evidence presented here was insufficient. A written acknowledgment of paternity must be “direct” and “unequivocal.”

Here, the birth certificate naming Donald Marks as the father was never signed by him. And Nicole Marks admitted that Donald Marks was not her biological father. Nor was there any legal adoption. Given all this, the Court said the “references in the will and pocket planner are only understandable as descriptive, rather than direct, unequivocal acknowledgments of paternity.”

It is not unusual for an omitted heir to contest a will. If you are involved in such a dispute, it is crucial to work with an experienced Pompano Beach estate & trust litigation attorney. Contact the offices of Mark R. Manceri, P.A., Attorney at Law today to schedule a consultation.