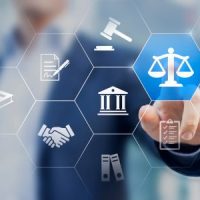 When an adult is no longer capable of caring for themselves, a Florida court may need to step in and appoint a guardian. A guardianship is typically necessary only when an adult has failed to execute a power of attorney or similar documents prior to becoming incapacitated. In the absence of such express wishes, a court may appoint a family member or even a professional fiduciary to act as guardian.

Is a Professional Guardian a “Creditor” of Their Ward?

A recent decision from the Florida First District Court of Appeals, Araguel v. Bryan, provides a useful illustration. In this case, an adult woman (the ward) became unable to care for herself in 2019. The ward’s two adult children filed a petition to be named as her emergency temporary guardian (ETG). The trial court, however, decided to appoint a professional ETG instead.

The ward died several months later. The professional guardian then filed a motion with the probate court to retain the ward’s assets “in order to pay for his expenses” associated with the guardianship. Among other things, the ETG wanted to retain three individual retirement accounts (IRAs) owned by the ward.

The ward’s son objected. He argued that under Florida law, IRAs were exempt from all creditor claims. And the IRAs themselves were governed by third-party contracts that provided the accounts passed directly from the ward to her two children upon death.

The trial court nevertheless granted the professional guardian’s motion. On appeal, a divided three-judge panel of the First District reversed. The appeals court agreed with the son that Florida law was clear and unambiguous on this point: An IRA could not be used to satisfy any “claim” filed by “creditor” against the account owner. This included “the fees and costs associated with the guardianship estate.”

Furthermore, as the son argued, there was no legal basis for assuming the IRAs were ever in the legal possession of the temporary guardian to begin with. The First District reiterated that “IRAs pass directly to their beneficiaries at the time of the owner’s death.” So the trial court had no authority to impose any sort of “lien” against the IRA to secure the professional guardian’s claim.

One judge dissented from the First District’s opinion. The dissent argued that a guardian should not be considered a “creditor” under the statute exempting retirement accounts from claims. Rather, Florida guardianship law took priority, and it allowed for the retention of funds in the guardian’s possession to pay the expenses of administering the guardianship “regardless of the death of the ward.”

The divided nature of the First District’s opinion demonstrates the complex nature of the legal issues that can arise in a guardianship dispute. So if you are involved in such a dispute and need legal advice and representation from a qualified Pompano Beach guardianship litigation attorney, contact the offices of Mark R. Manceri, P.A., today to schedule a consultation.