Can Gifts Made During Someone’s Lifetime Be Considered An “Advance” On A Gift Made In Their Will? 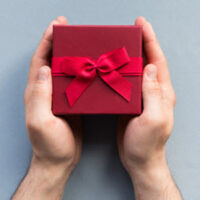 Here is a hypothetical probate dispute: Melissa executes a last will and testament. In the will, she makes a gift–or specific devise, in legal terms–of $30,000 to her favorite nephew, George. But then, a few months before she dies, Melissa decides to give George a gift of $10,000 while she is still alive.

After Melissa’s death, the personal representative (executor) of her estate claims that $10,000 was actually an “advance” on George’s inheritance. So the personal representative proposes to only give George $20,000, reflecting the balance of the specific devise still owed. Naturally, George disagrees with this interpretation and insists he is entitled to the full $30,000.

Who is right? George or the personal representative?

Under Florida law, the answer is likely George. Section 732.609 of the Florida Statutes establishes the rules governing “ademption by satisfaction.” This is a legal term used to describe a situation where a testator–the person who executed the will–decides to make an advance gift to a beneficiary while the testator is still alive. What the statute says is that ademption by satisfaction only occurs if any of the following applies:

To translate all this into simpler terms, if Melissa had included language in her will that said any lifetime gifts made to George would be deducted from the $30,000 bequest, then the personal representative would be right to only give him $20,000, as the $10,000 lifetime gift would qualify as ademption by satisfaction. This would also be the case had Melissa said in writing she intended the $10,000 to function as an advance of George’s inheritance, or if George himself had signed an acknowledgment to that effect.

But assuming none of these things happened, the personal representative could not simply assume that Melissa had intended to treat the $10,000 as an advance. George would still be legally entitled to the full $30,000 specifically devised to him under the terms of the will.

Ademption by satisfaction is perhaps easier to understand when it comes to property other than cash. For instance, say that instead of leaving George $30,000 in her will, Melissa instead decided to make a specific gift of a painting that she knew George liked. As with our earlier hypothetical, Melissa decided not to wait until she died and simply gave George that same painting while she was still alive. How does this affect the gift made in the will?

Essentially, the gift has already been made. Thus there has been ademption by satisfaction, unless there is evidence of a contrary intent by Melissa. In this case, the gift was satisfied during the testator’s lifetime. The estate does not have to do anything.

If you have additional questions about this or any related subject and would like to speak with an experienced Pompano Beach beneficiary disputes lawyer, contact the offices of Mark R. Manceri, P.A., today to schedule a consultation.