What Is The Time Limit For Enforcing A Contract Against A Deceased Person’s Estate? 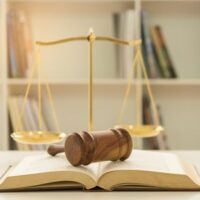 A person’s death does not necessarily terminate all of their contractual obligations. The other parties to the contract may seek performance from the probate estate of the deceased, and even take legal action if necessary to remedy a breach. That said, basic principles of contract law still apply and may provide a valid defense for the estate.

A recent decision from the Florida Fourth District Court of Appeal, Woodward v. Morell, provides a helpful illustration. This case involves three brothers who sued their late aunt’s estate. In 1991, the aunt and her husband sent a letter to her four nephews–including the three plaintiffs here–offering to establish an “Incentive Program” for them to graduate college and save money. Basically, the aunt and uncle offered each nephew a sum of money for each year of college they completed, up to $7,000 total if they completed a four-year undergraduate degree. The nephews could also receive a 25 percent bonus if they put that money into a savings account. They could also “lend part or all of the money back” to their aunt and uncle and receive 10 percent interest compounded monthly.

The three plaintiffs here each claimed they agreed to the terms of their aunt and uncle’s proposed contract. The first nephew, Robert, was already in college at the time. He said he thanked his aunt and uncle but did not have any further discussions about the Incentive Program. Nor did he ever receive any actual money. The second nephew, John, told a similar story. (The third nephew later decided to back out of the litigation, leaving only his two brothers to pursue the appeal.) Both brothers said they received a spreadsheet package from their aunt and uncle detailing the status of their money, which they each assumed had been “loaned back” pursuant to the proposal.

For her part, the aunt executed a will in 1993 that made reference to the Incentive Program. However, she revoked that will and replaced it with a new one in 2015 that made no reference to the original 1991 offer. The aunt died in 2018.

After her death, the nephews filed a claim against her estate, arguing they were entitled to the full amount of the money gifted by their aunt and uncle and “loaned back” to them. The aunt’s estate denied the claim. A Florida judge ultimately sided with the estate, holding the nephews’ claims were barred by Florida’s statute of limitations.

The Fourth District agreed. It explained that in cases involving an alleged breach of contract, the statute of limitations is 5 years starting from the date of the breach. In this case, under the terms of the aunt and uncle’s original proposal, the incentive money “automatically vested upon the brother’ completion of each year of college.” For example, Robert completed his senior year of college in 1997, while John completed his in 2010. This meant that any breach of contract claim arising from their failure to be paid their incentive money should have been brought no later than 2002 and 2010, respectively.

Furthermore, the nephews could not rely on the “lend back” provisions of the aunt and uncle’s proposal to extend the statute of limitations, since neither brother actually communicated their decision to invoke that provision. In other words, the brothers’ decision to “do nothing” and assume that would be interpreted as acceptance of the lendback did not make it so, the Fourth District said.

Although this particular case involved a fairly novel dispute, legal actions to enforce contracts against the deceased are not uncommon. If you are involved in such a matter and need legal advice from an experienced Pompano Beach estate and trust litigation attorney, contact Mark R. Manceri, P.A., today.