Testamentary Capacity at the Time of Execution 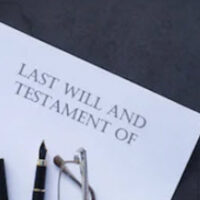 Courts are generally reluctant to invalidate Wills, unless a beneficiary or heir can provide proof of one of a few types of fraud, including forgery, undue influence, and a lack of testamentary capacity. Even when there is evidence of one of these kinds of fraudulent activities, a Court will only review allegations through a narrow lens. If, for example, the beneficiary of a Will claims that a loved one did not have the testamentary capacity to actually dispose of his or her assets, or was otherwise not of sound mind, a Court will only assess whether the testator was of sound mind at the time the Will was executed.

This comes as a surprise to many people, who often assume that if a loved one had dementia towards the end of his or her life, then any estate plan that that person created is suspect. The reality is that these cases are extremely fact specific, making it especially important for those with concerns over their own relative’s state of mind, to speak with an estate litigation lawyer about their legal options.

The Legal Standard of Competency

Under Florida law, a person’s will is only considered valid if he or she was competent, or had testamentary capacity, when the document was created. To have the necessary capacity to draft a will, a person must have the ability to understand:

For many people whose relatives were struggling with dementia or another cognitive problem prior to their deaths, it seems clear that their state of mind doesn’t satisfy this test. It is extremely important, however, to note that it doesn’t really matter what a testator’s mental capacity was before or after the creation of a Will. This is because judges who are attempting to determine whether a person had testamentary capacity will only assess the testator’s state of mind at the particular moment that the Will was executed.

Proof that a person is generally suffering from memory loss, dementia, or a cognitive disease is not always enough to prove that a testator lacked testamentary capacity, unless a person has proof of the testator’s impairment on the day that the will was executed. For instance, many individuals who have dementia often have lucid intervals, in which they seem like their former selves. Wills drafted while in this mindset will generally be considered valid.

Similarly, a Will drafted by a testator who was generally of sound mind, but who was suffering from a delusion at the time of the document’s execution can be invalidated, regardless of the person’s general state of mental health. According to this reasoning, age, illness, or the abuse of drugs or alcohol alone aren’t enough to find that a testator lacked capacity. Instead, a claimant will need to provide proof that a testator lacked capacity at the exact moment of execution. This can be achieved primarily through the use of eyewitness testimony.

Call Today for Help with Your Case

If you would like to set up an initial consultation to discuss a potential will contest, please call experienced Pompano Beach estate & trust litigation attorney Mark R. Manceri, P.A. today. A member of our team can be reached at 954-491-7099 or via online message.