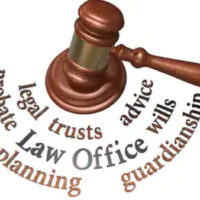 Obviously, leaving someone out of the Will intentionally is certainly possible. Someone may consider leaving a child out of their Will as a way to “get back at them.” However, there are times omitted heirs are often left out unintentionally. Many people start their estate plan but either forget about it or just never update it. In some cases, an omitted heir could occur if someone passes away before they have the opportunity to update their Will. With more people remarrying later in life, it’s imperative to make sure your estate plan is regularly updated.

Omitted Child in a Will

If the pretermitted heir is a child, Florida law provides some guidelines on how to handle the situation during probate. Florida Statute 732.302 applies in situations where a child is born or adopted after the Will was drafted and was not included in the estate plan. The statute says they are entitled to a portion of your estate in certain cases. Unless one of the following conditions exist, then the child would be provided for.

The share of the Estate that will go to the pretermitted child is only equivalent to whatever they would receive as an intestate share. What this means is that the child will receive whatever they would have received under Florida intestate laws had the Decedent passed away with no Will. Intestate is the legal term used when someone passes away with no Will in place that determines how their Estate is to be divided upon their death.

A pretermitted child’s share of the estate could vary based on individual circumstances. For example, it is dependent on how many surviving children there are, whether there is a surviving spouse, and whether the spouse is the other parent of the omitted heir in question.