Can You Condition A Trust Distribution On Your Child Getting Divorced? 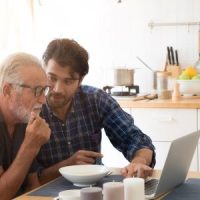 It is not unusual to place certain conditions on an inheritance. For example, you might include language in your will stating a child will not receive their full inheritance until they reach the age of 25. Or perhaps you create a trust that states certain funds can only be used to pay for your child’s college education. Generally speaking, you are free to impose whatever restrictions you wish, provided they do not violate “public policy.”

Of course, if you restrict a child’s inheritance, that may prompt litigation if that child objects to the conditions. An ongoing Florida case, Gundlach v. Gundlach, provides a case in point. This involves a lawsuit between two brothers.

The facts of the case are fairly simple to explain. The father in this case was an attorney. He had two sons, Jon and William. The father wanted both sons to receive an equal share of his estate. But he was also concerned that William had remarried after the death of his first wife. The father was concerned that William’s share of the estate might ultimately go to the new wife, thereby excluding William’s children (i.e., the decedent’s grandchildren) from the first marriage.

To address this, the father’s will placed William’s share of the estate in trust with Jon serving as the trustee. Jon could use the income from the trust to pay for William’s medical needs, with the remaining income and principal going to William’s children after he died. However, the will further stated that if William were not married at the time of the father’s death–whether due to death or divorce–then he would receive his share of the estate outright without the need for a trust.

After the father died, the will was admitted to probate. William then sought a court order challenging the validity of the will conditioning the trust on whether or not he was married. William argued his father’s will contravened public policy on this point, as it effectively rewarded him for getting a divorce.

Before addressing the merits of that argument, however, the trial court agreed with Jon that William had waited too long under Florida law to contest the validity of their father’s Will.

But the Florida Fourth District Court of Appeal held that this was, in fact, not a will contest but rather a challenge to the trust created by the Will.

While trusts are frequently used as a mechanism to help avoid litigation, there are nevertheless some situations where a legal challenge is necessary. If you are involved in such a dispute and need representation from a qualified Pompano Beach validity of trust lawyer, contact the offices of Mark R. Manceri, P.A., today to schedule a consultation.