Can A Marital Settlement Agreement Still Be Enforced After A Former Spouse Dies? 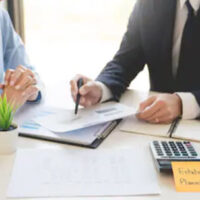 Take this recent case from the Florida Third District Court of Appeal, Olson v. Estate of Olson. This particular case involved the enforcement of a divorce settlement following the death of one of the parties. The decedent and his former wife married in 1998. At the time, the decedent worked for a television station in Miami. He had a pension plan as part of his employment. During the marriage, he designated his then-spouse as the primary beneficiary of his retirement plan upon death.

The couple divorced in 2017. The final court decree dissolving the marriage incorporated the terms of a marital settlement agreement between the parties. As relevant to this case, the agreement said that each party retained ownership of their respective employment benefits, including any retirement plans. Each former spouse expressly “waived and released” any claim to the other’s pensions.

But when the decedent died two years after the divorce became final, he had not yet updated the beneficiary designation on his 401(k) retirement plan. That meant his former spouse was still listed as the primary beneficiary. The former wife thus claimed the pension for herself. The personal representative of the decedent’s estate–his daughter from a prior marriage–objected.

The employer ultimately distributed the 401(k) to the former spouse. The personal representative then filed a motion in family court asserting that the waiver contained in the marital settlement agreement still applied, and the former spouse was therefore required to turn the 401(k) proceeds over to the estate. The former spouse maintained the beneficiary designation was still applicable, notwithstanding any language in the divorce settlement.

A magistrate actually sided with the former spouse, holding that the waiver in the marital settlement agreement made no specific reference to “death benefits” or “death beneficiary designations.” The personal representative objected to the magistrate’s findings, and both the trial court and the Third District agreed with the estate’s reading of the law.

The Third District explained in its opinion that the “plain language” of the divorce agreement was “specific enough to override the beneficiary designation form.” Indeed, the agreement expressly stated that each spouse “shall receive any and all benefits” from their respective 401(k) plans. The fact that the words “death benefits” were not used in the contract was not necessary.

A person’s contractual obligations towards a deceased individual do not necessarily end with the latter’s death. That is why probate estates exist–to ensure that anyone with a contractual duty towards the decedent is not allowed to avoid fulfilling their obligations. So if you are involved in a probate-related contract or beneficiary dispute and need advice from an experienced Pompano Beach beneficiary dispute attorney, contact the offices of Mark R. Manceri, P.A., today to schedule a consultation.